You will hear a lot of scare stories about how our country will struggle if we leave the EU from those in the ‘Yes’ campaign. 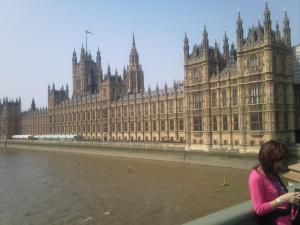 The year is 2020 and Britain is adjusting to life and thriving outside of the declining European Union.

Free from the need to negotiate trade deals via unelected EU commissioners, a series of agreements with the emerging nations of the world have boosted exports and revitalised our industries. Unwilling to lose their largest European market, the remaining EU states have swiftly confirmed free trade agreements with the UK and the job losses predicted by the ‘Yes’ campaign fail to materialise.

Re-engaging with our traditional world partners, most notably the Commonwealth, has invigorated our shipping industries and cities such as Liverpool and Glasgow once again hum to the sound of machinery as exports grow and vessels come and go, offloading such produce as New Zealand lamb and transporting out machinery exports, pharmaceuticals and high tech equipment.

With much of the EU red tape removed from our small and medium industries they once again start to drive economic growth. Repeal of EU diktat on renewable energy and the large combustion plant directive means that energy once again becomes cheaper, driving down costs for businesses and making them more competitive on the world stage.

Overseas investors and companies look to re-locate to England as they realise that it is a far better place to do business than the over-regulated market on the mainland. With the Government free to set their own business rates, inward capital flourishes whilst tax avoidance drops as the loopholes inherent in the EU system are no longer available. The likes of Google, Vodafone and Starbucks are creating jobs whilst paying their fair share to the Treasury.

Freed from the Common Fisheries policy, our fish stocks start to recover and with it the ports in Cornwall, the Humber and Kent as our once proud fishing fleets start to get back on their feet and employ our youngsters in the traditional jobs that their grandparents knew so well.

Financial services, for so long our number one source of income, have been unshackled from the EU’s financial transaction tax and a myriad of unnecessary regulations to once again become a world leader. The brightest talents from the continent are flocking to London as growth outstrips the other major financial centres of Frankfurt, Paris and Milan. Banks and trading houses that were looking to move to Singapore and Hong Kong reconsider their decisions as conditions are now more suited to their business models, with employment in service industries in the City also growing to support the boom.

With the UK once again able to control its own borders, a fairer immigration system along the lines of an Australian style points model is introduced. Our own government with the needs of the country in mind now decide who and how many are allowed to settle here, with all judged on ability rather than their country of origin.

EU nationals already in the UK from our previous membership see their living standards rise as they no longer have to compete with uncontrolled numbers of unskilled workers arriving on our shores, whilst youth unemployment falls.

With wages rising, the bill for in work benefits starts to decrease and that money is re-invested in to training and infrastructure upgrades, bringing further opportunities.

The housing crisis finally starts to ease as new builds can keep up with population increases.

The NHS sees the benefits as it can once again recruit from around the world to fill short term gaps in skills, whilst investment in both training and equipment can now be afforded out of the money saved from not having to pay for our EU membership. Health tourism can now be tackled without interference from Brussels

Britain’s Universities are much in demand, with the brightest and best from around the globe now able to once again attend our seats of learning. With EU grants now no longer a part of the equation, the Universities set their own tuition fees for overseas students and then plough the profits back in to research, further enhancing the UK’s reputation at the forefront of cutting edge technology.

The UK regains its place as the No 3 in the world for medicinal research as the constraints put in place by the EU on clinical trials are repealed, leading to advances in the fight against cancer and other serious diseases. 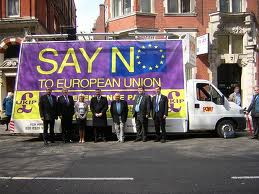 Our streets become a safer place, too. With interference from The European Court of Human Rights removed, our Police can properly enforce the laws that are already on our statute book and start to crack down on terrorists and criminal gangs. Further legislation that was proposed during our membership, such as ‘The Snoopers Charter’, quickly becomes unnecessary and our basic rights as law abiding citizens under English Common Law are re-established. International crime gangs are tackled via a revitalised Interpol and people traffickers find it increasingly difficult to ply their evil trade.

The pessimists who pushed for us to stay in the EU are proven wrong as we maintain our place as the fifth largest economy on the planet, a member of the G7 and a permanent seat holder on the UN Security Council. Our continued membership of NATO is assured, with our Armed Forces able to be equipped and trained to defend UK interests rather than stretched to prop up a planned EU Army.

Britain is once again a free and sovereign country, with a bright future to look forward to.

With thanks to Dan Hannan MEP for the original idea